When it comes to a Walt Disney World vacation, it’s sometimes hard to decide where and when it’s important to splurge and what’s worth skipping and saving a bit of money! I asked our team at Living With The Magic Vacations if they could splurge on ONE thing at Walt Disney World, what would it be? Check out their answers (and comment below with yours)!

I like splurging on souvenirs like my Dooney and Burke purse but I also like experiences like tours. If I had to pick though, it would be a tour…like a VIP. Go big or go home right? – Kelly VanEerden

For me it would be staying at a deluxe resort. I like the grand Floridian for it has access right to the monorail. I liked Animal Kingdom for the views of the animals right outside your balcony. – Melanie Frodel

An experience – like a fireworks boat cruise at the Magic Kingdom! – Lauren Pettis

Keys to the kingdom tour, for sure. – Marc Weimann

A stay in a Bungalow at Disney’s Polynesian Village – Aly Hirst
(Aly had quite a few other agents agree with her on this one!)

Then some agents couldn’t keep their splurges to just ONE thing!

Contemporary after a Christmas party night! Then a VIP tour and keys to the kingdom and walking in Walt’s footsteps. And if we are REALLY dreaming Club 33 LOL! – Andrea Trelles

Is it at Walt Disney World? If it is then a VIP Tour. If just Disney destination it would be an Adventure by Disney trip! – Megan Keebaugh

And to add one more to the list, I’ll definitely say a dessert party at the Magic Kingdom! Comment below with your favorite Walt Disney World splurge!! 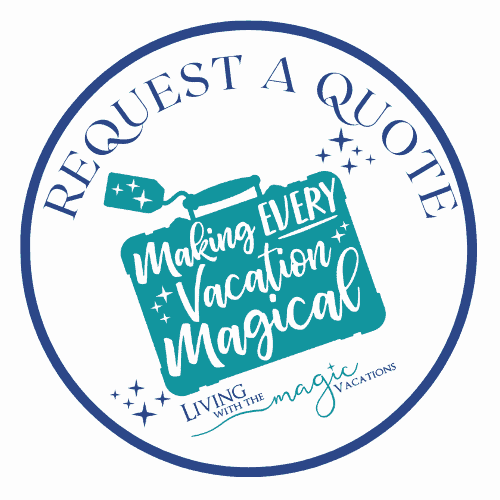