Day 2 of our 5 night Disney Cruise vacation to Bermuda was a Day at Sea! While I’d like to say I slept in…that doesn’t really  happen for me! 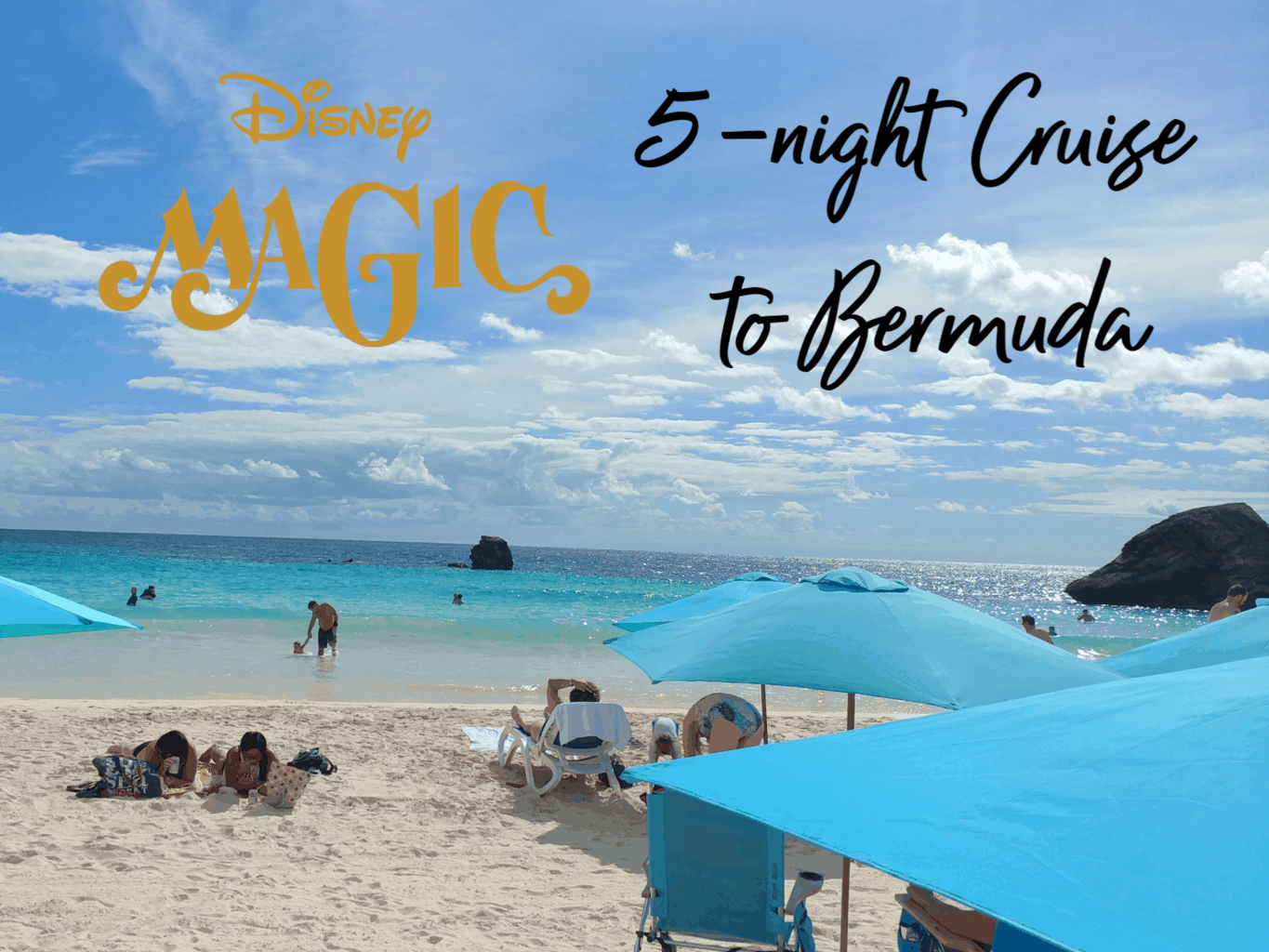 Luckily I had a cute sidekick to keep me company! 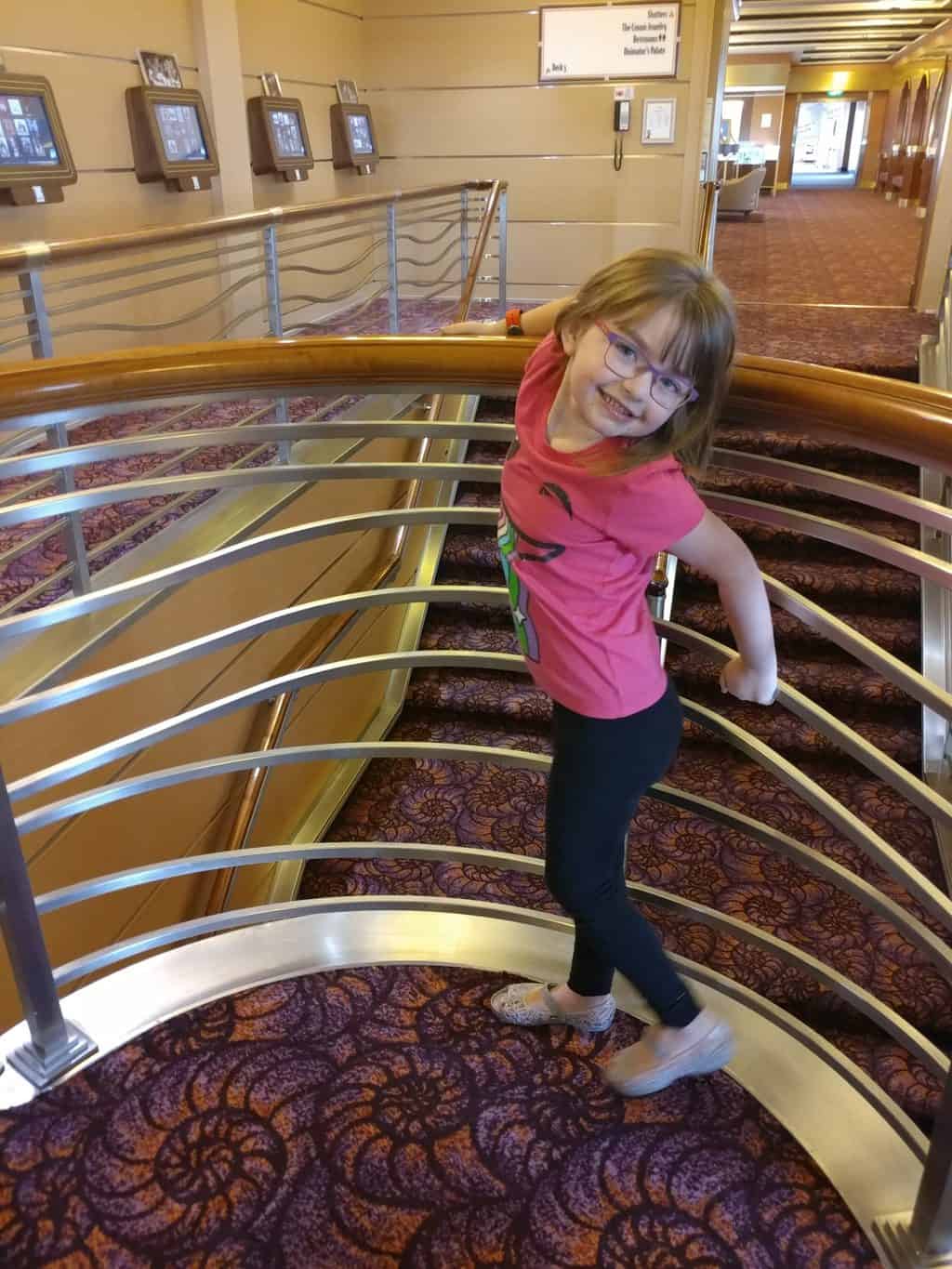 We woke up to some pretty stormy weather!! We grabbed  a coffee and first breakfast before checking out the rest of the ship! 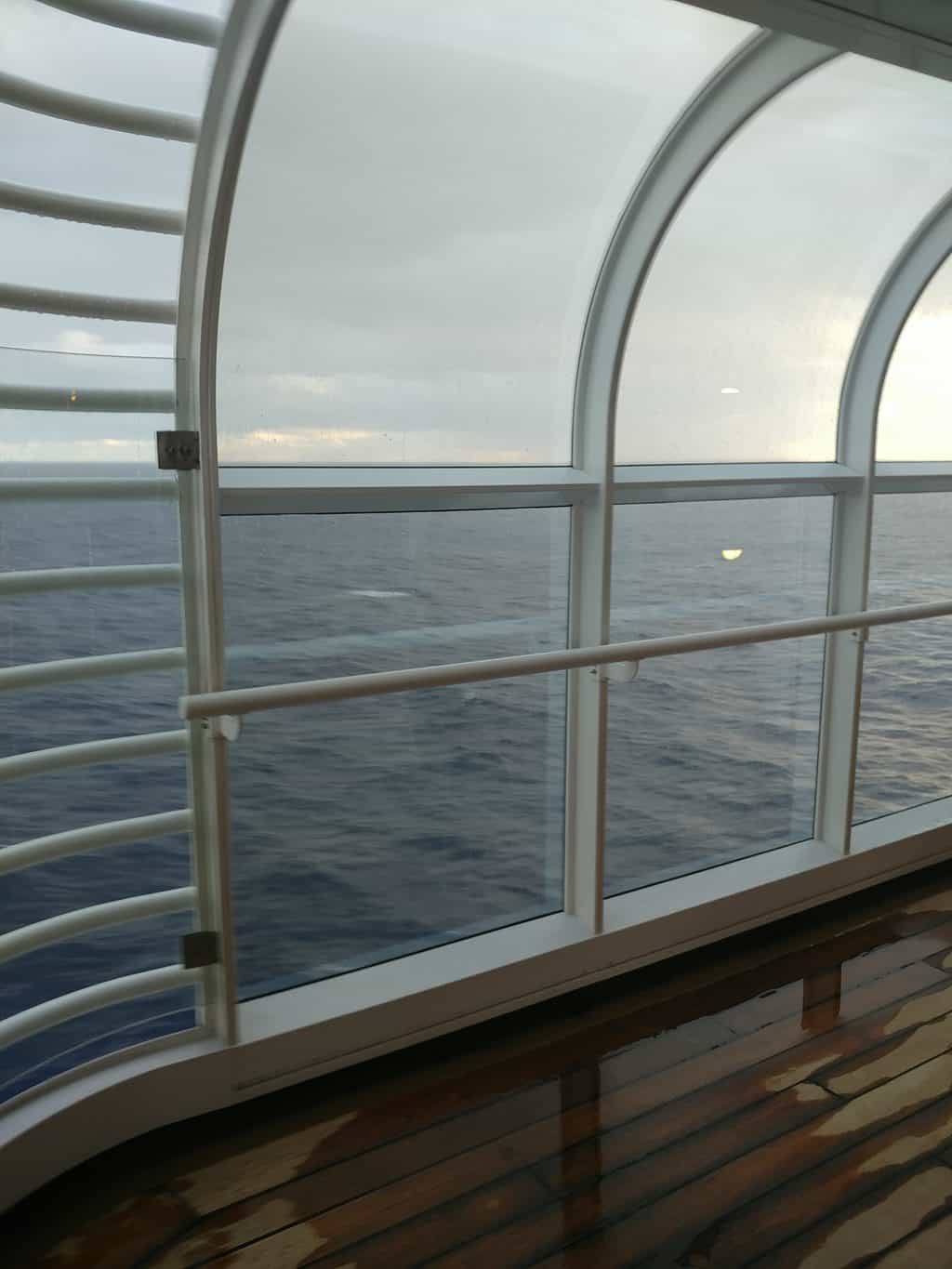 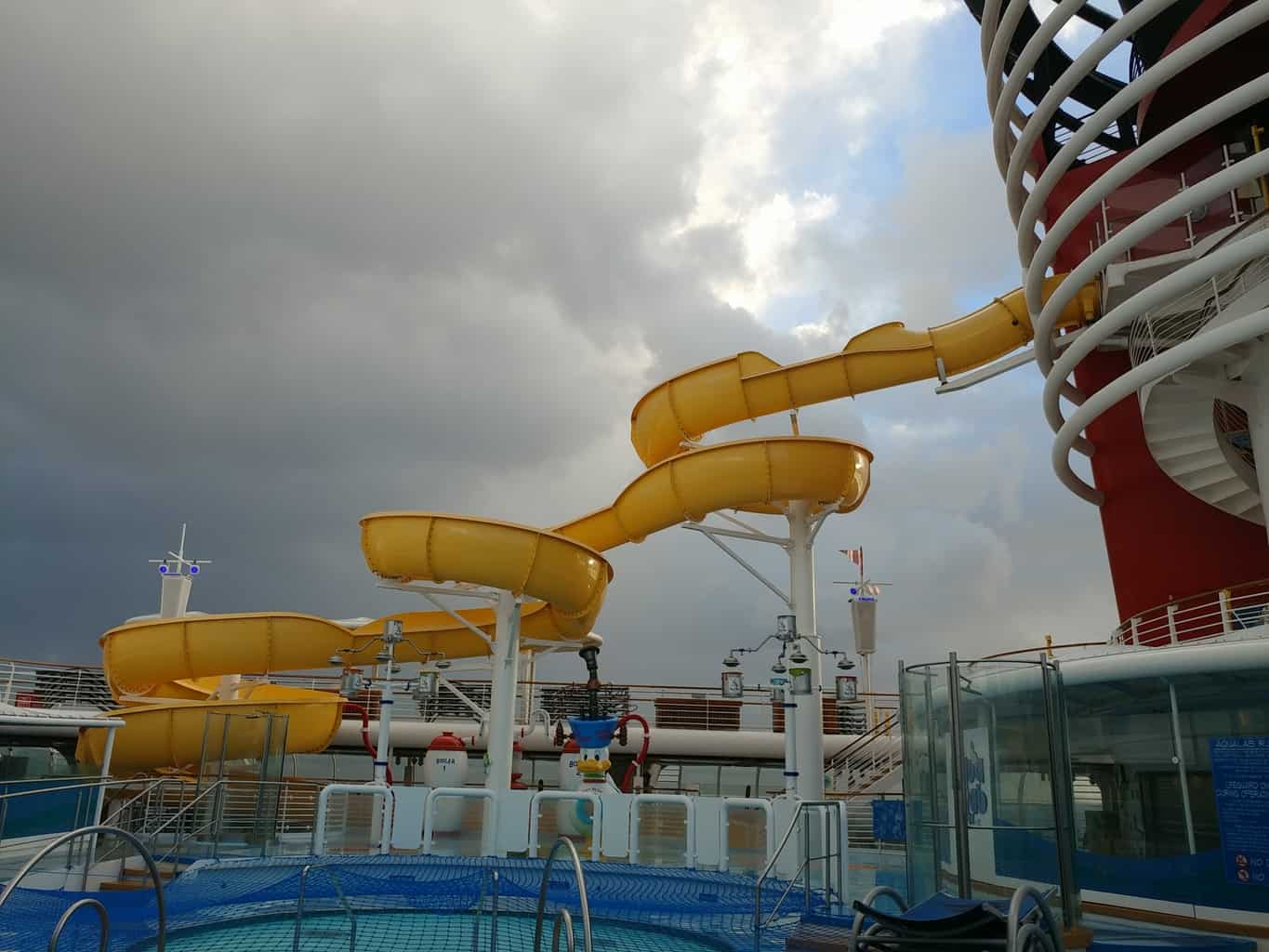 We had a rainbow while enjoying first breakfast! 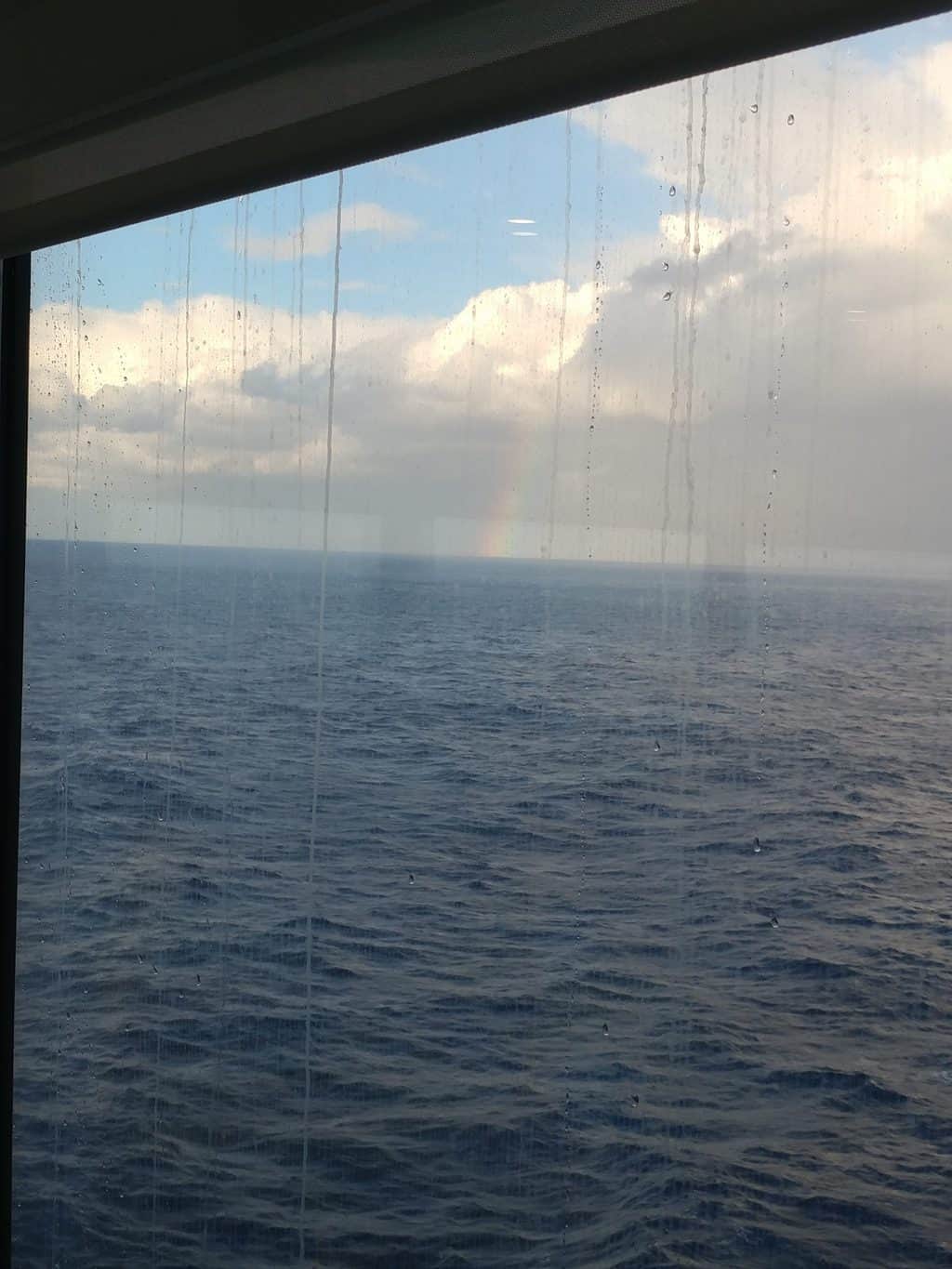 I love getting up early to have the ship to ourselves!! 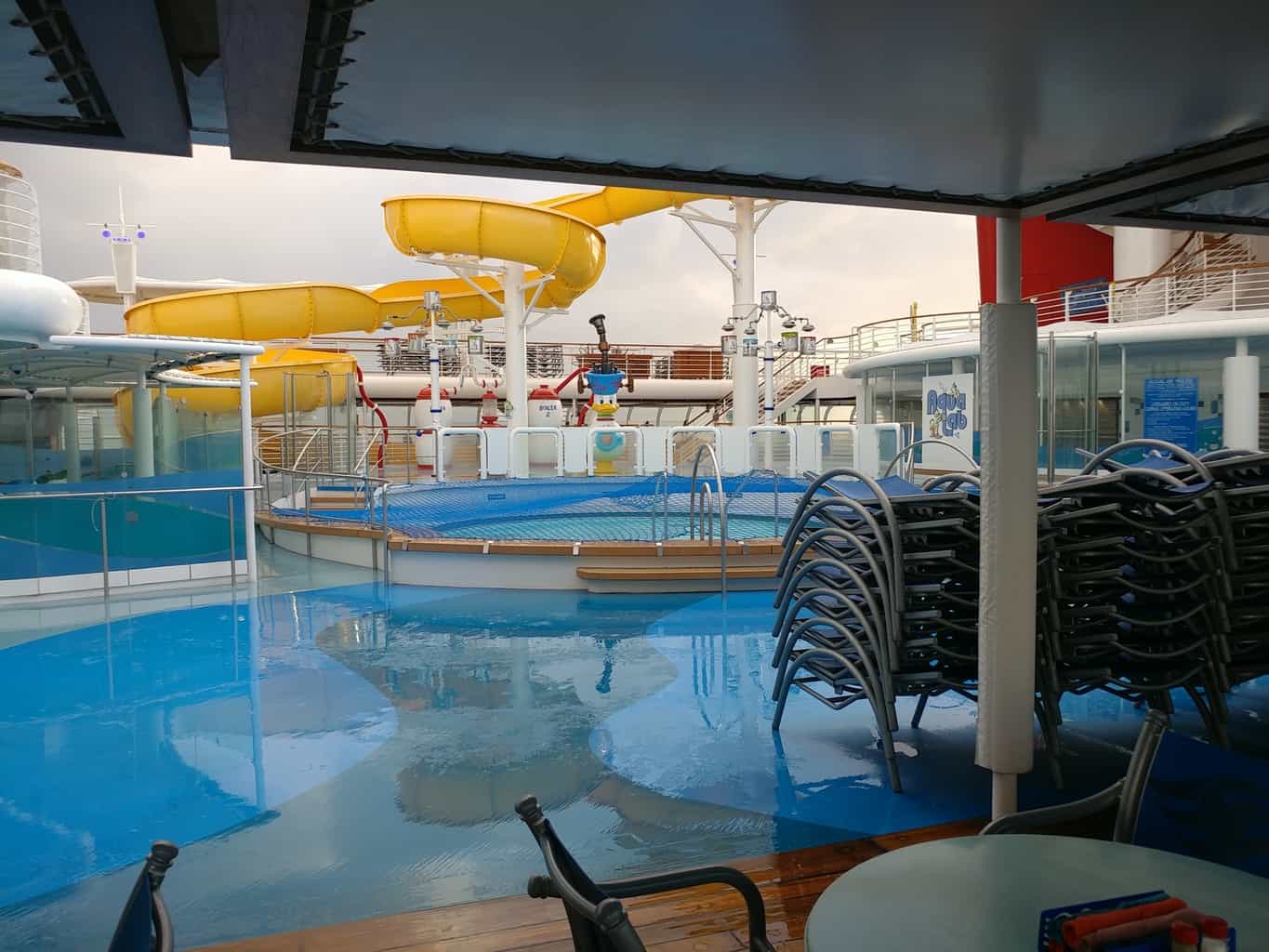 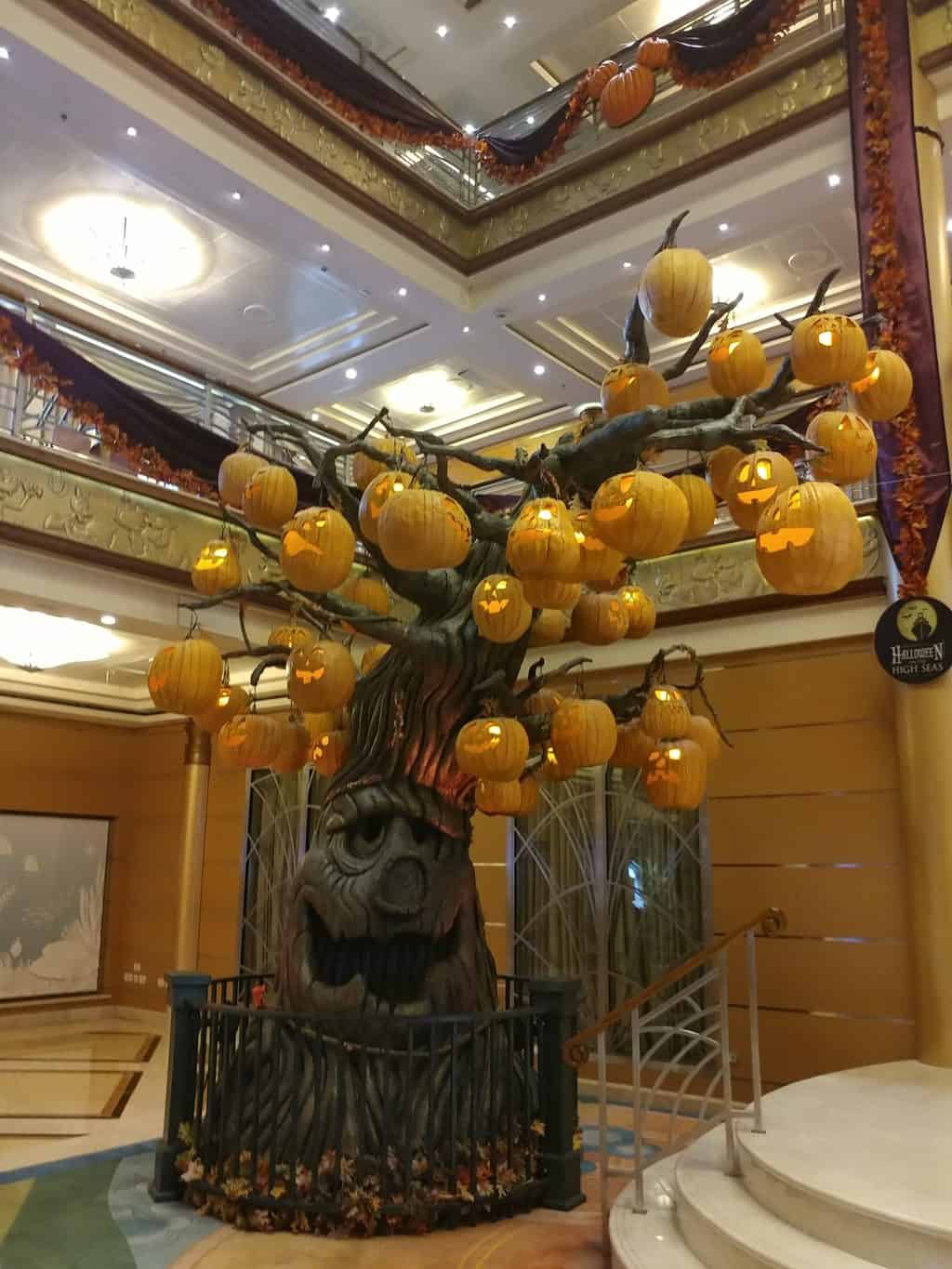 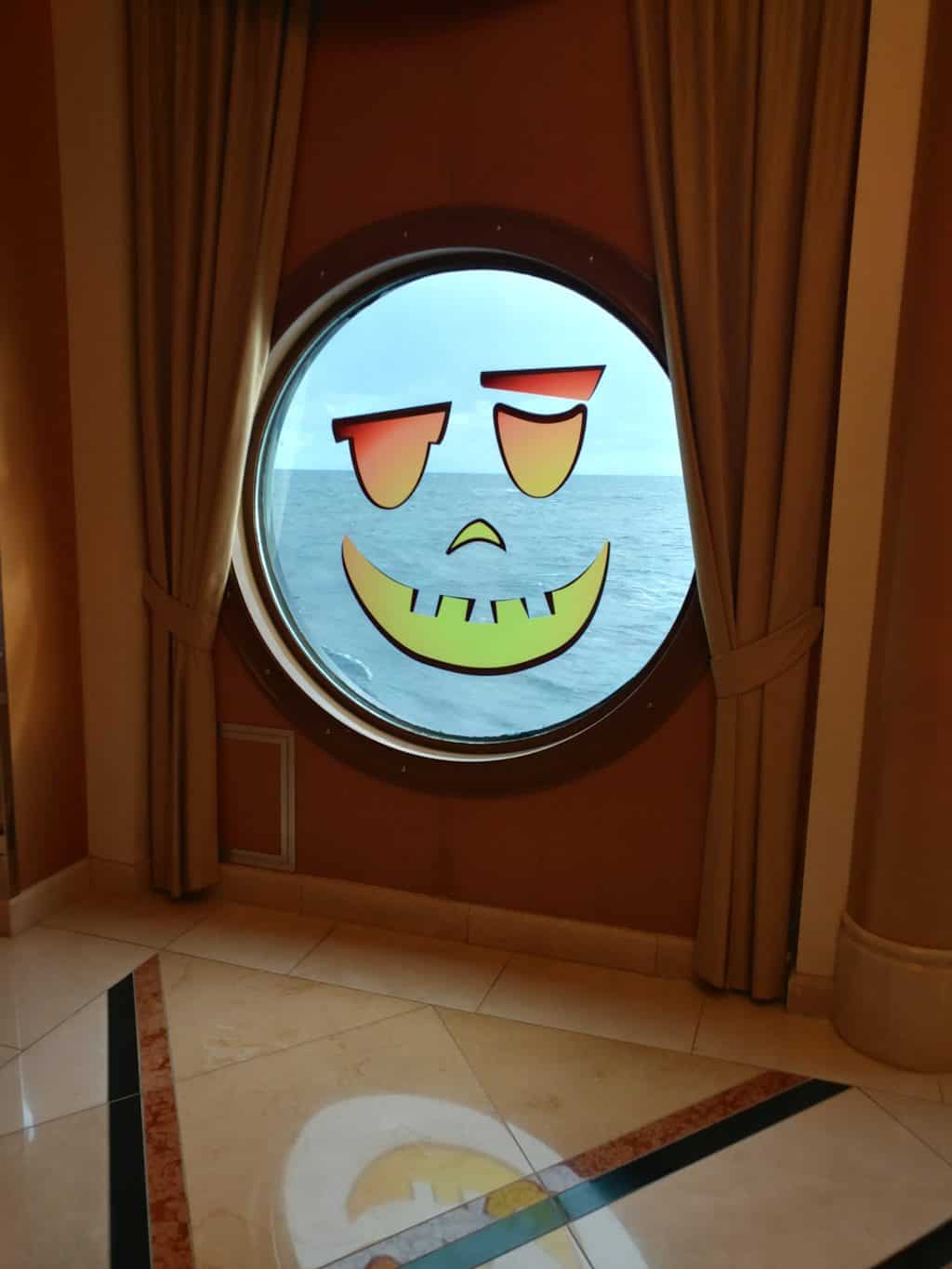 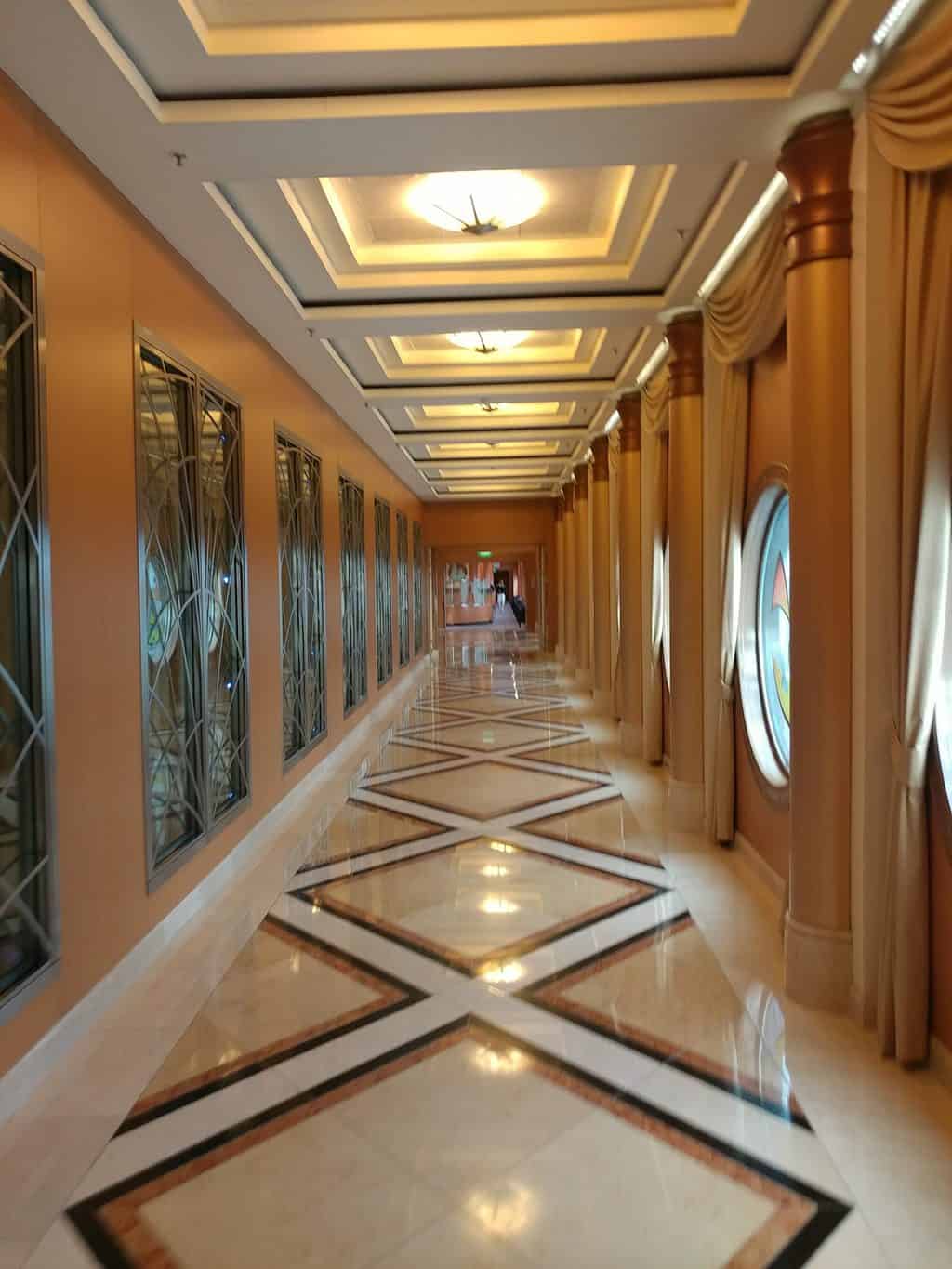 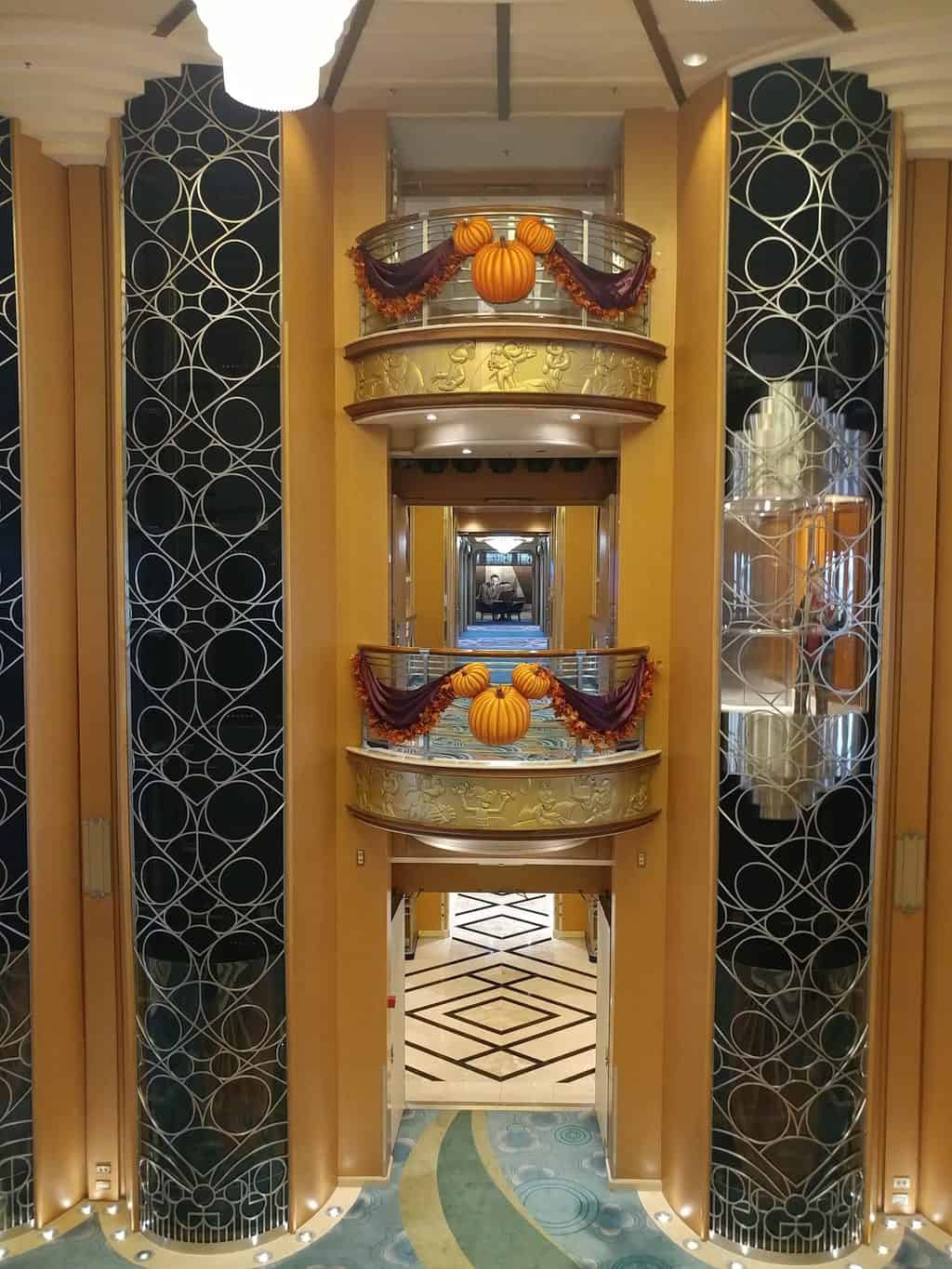 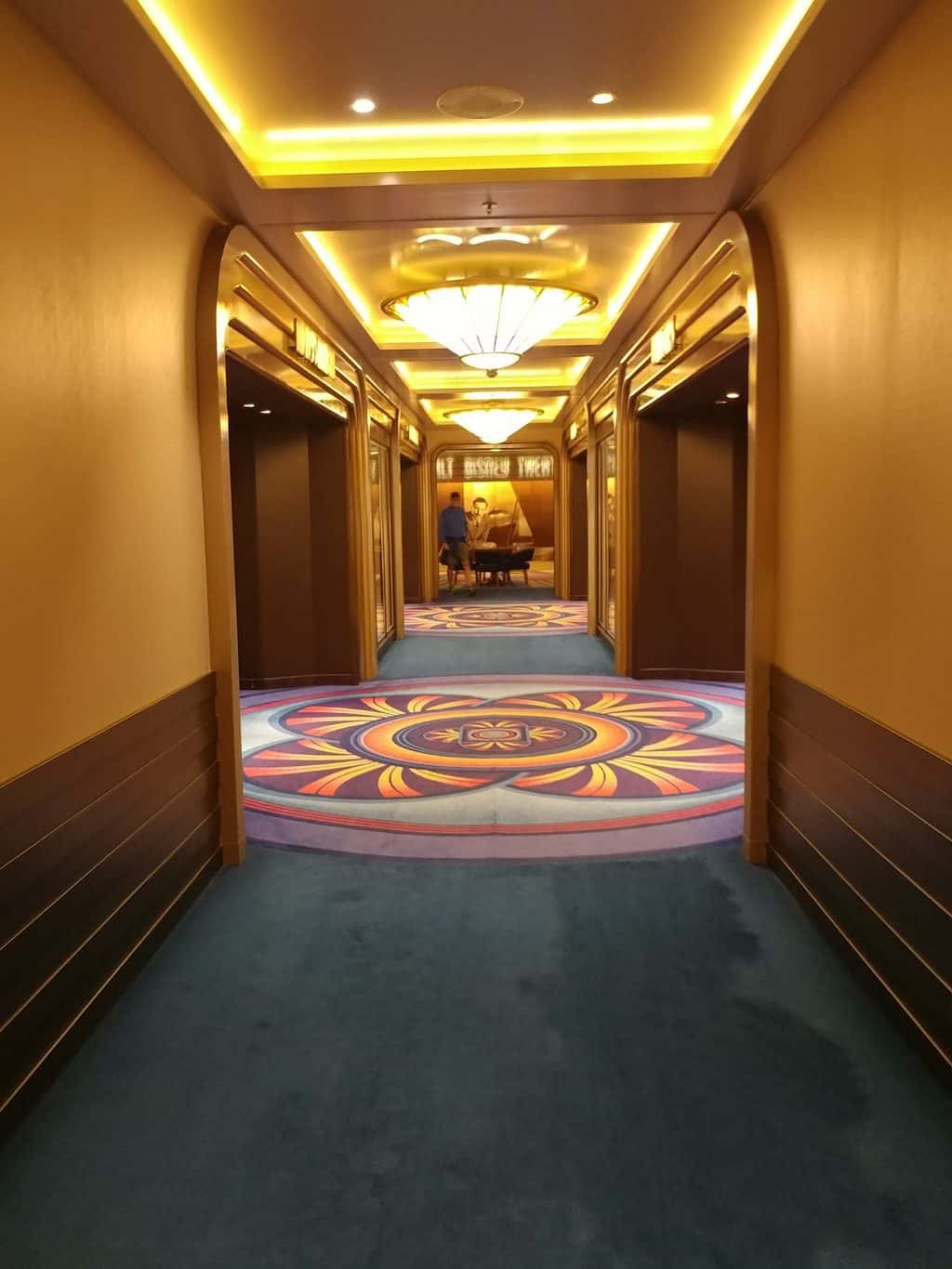 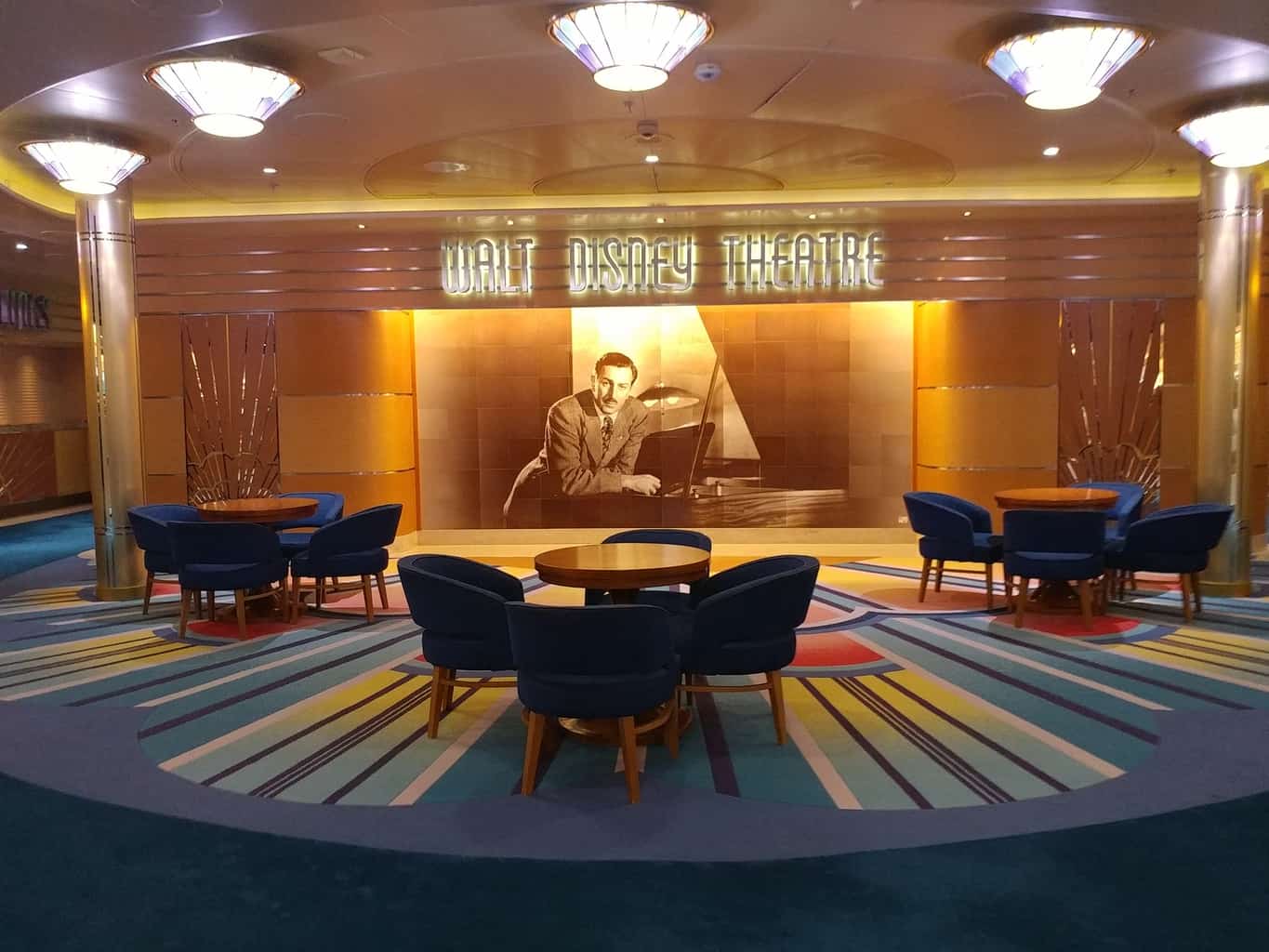 Later that morning, once everyone was up and out of the room, we grabbed breakfast and did some Character Meet and Greet’s. 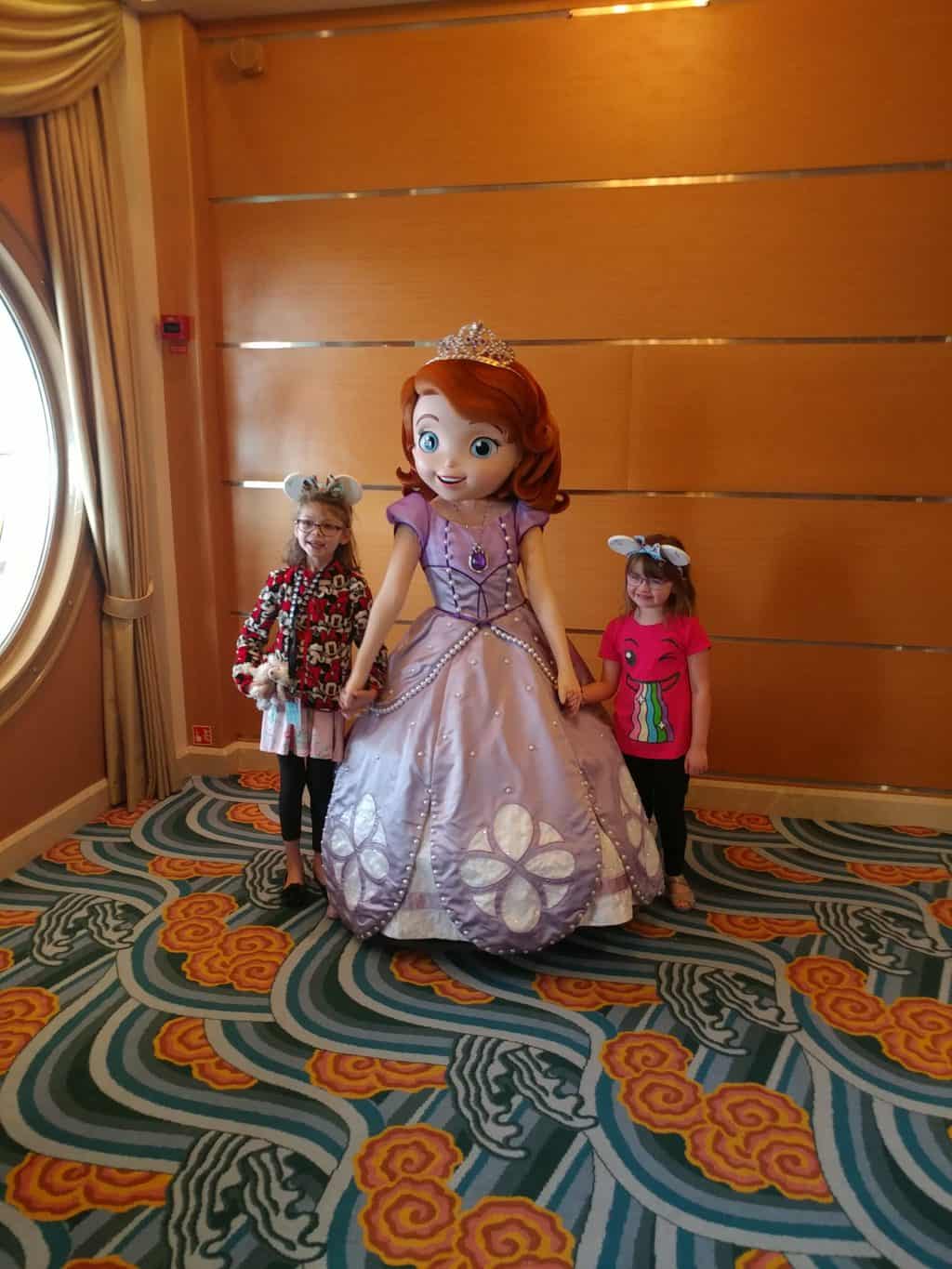 The temperature was finally on the rise and the sun was coming out! 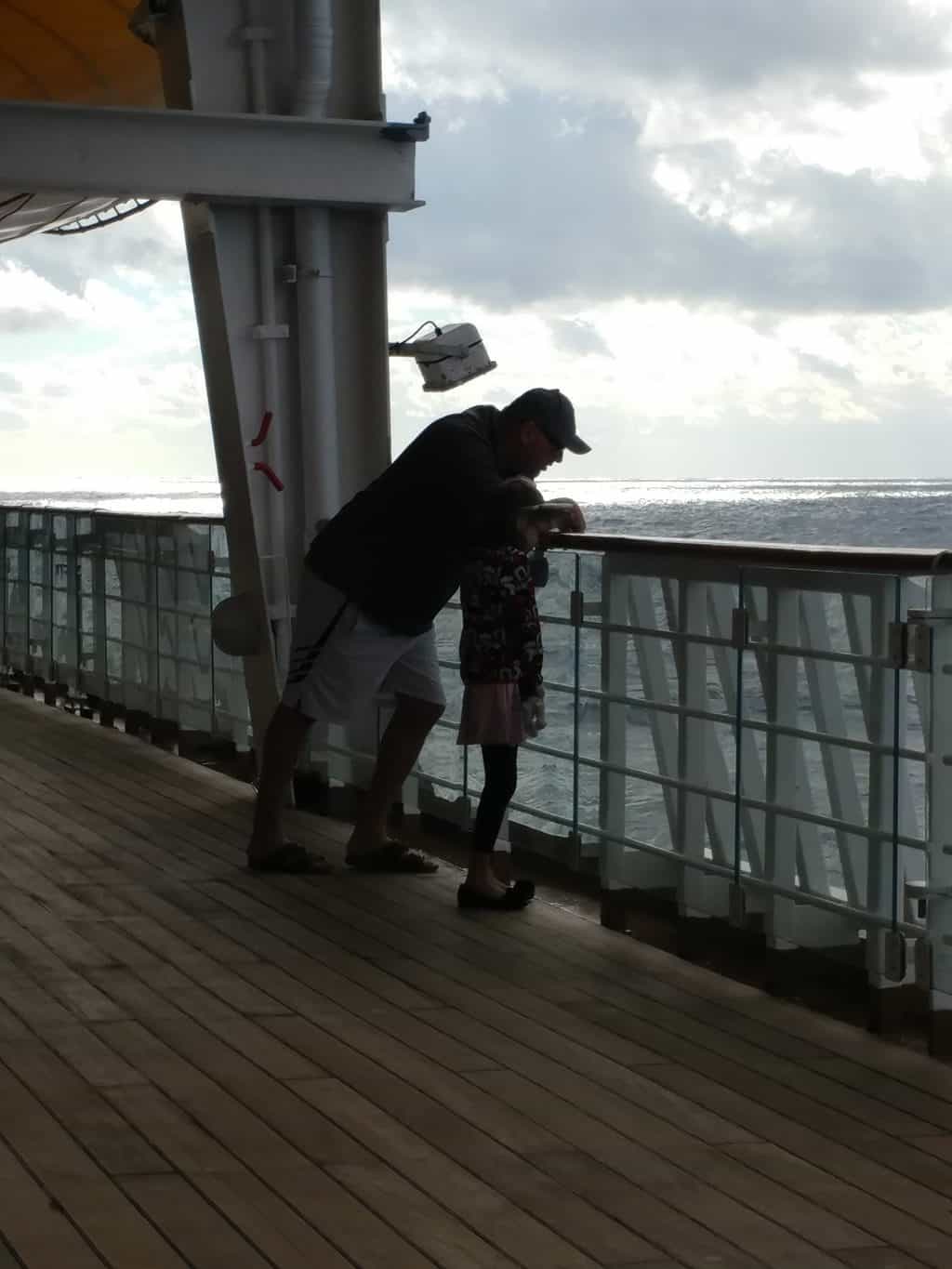 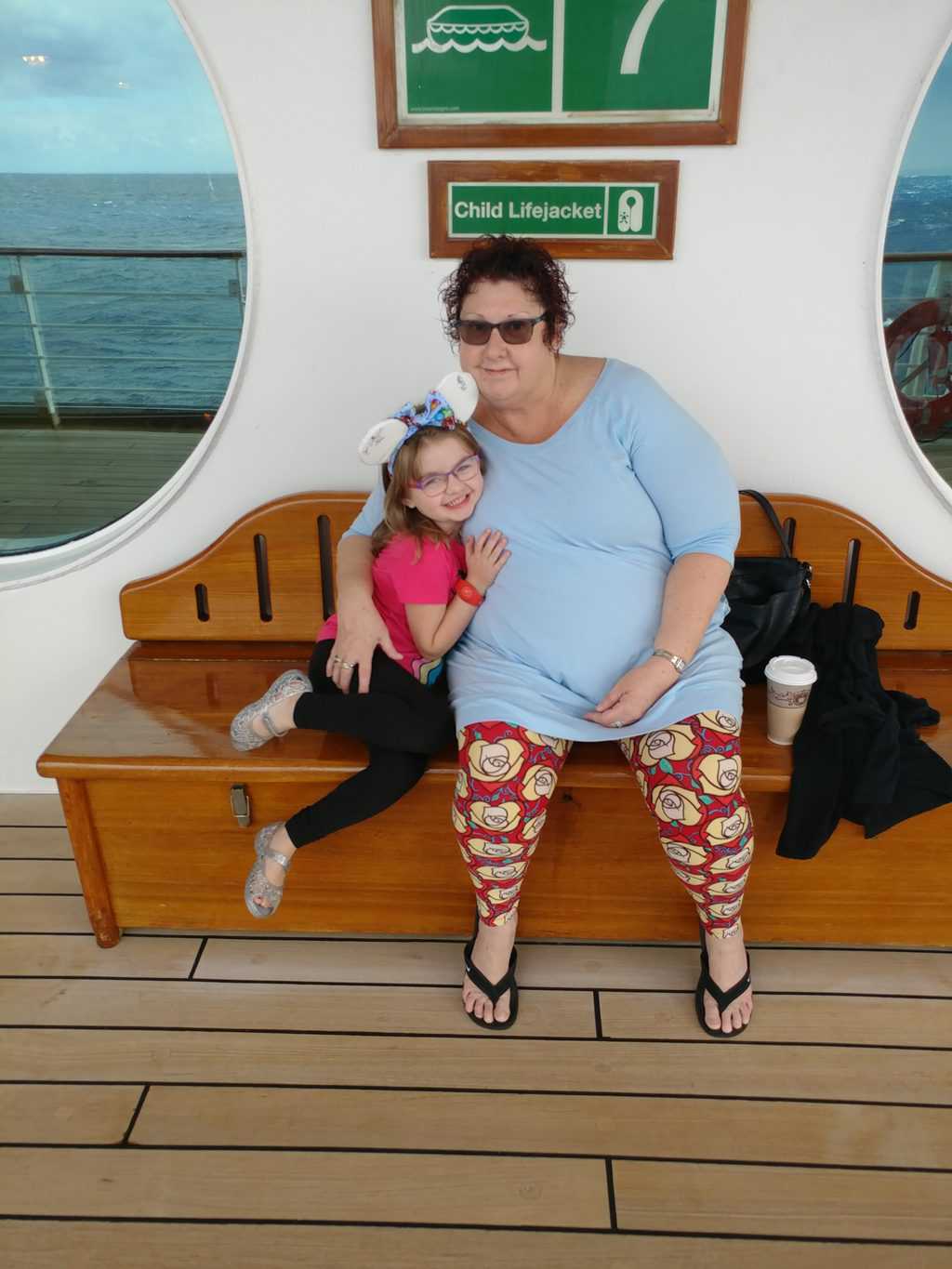 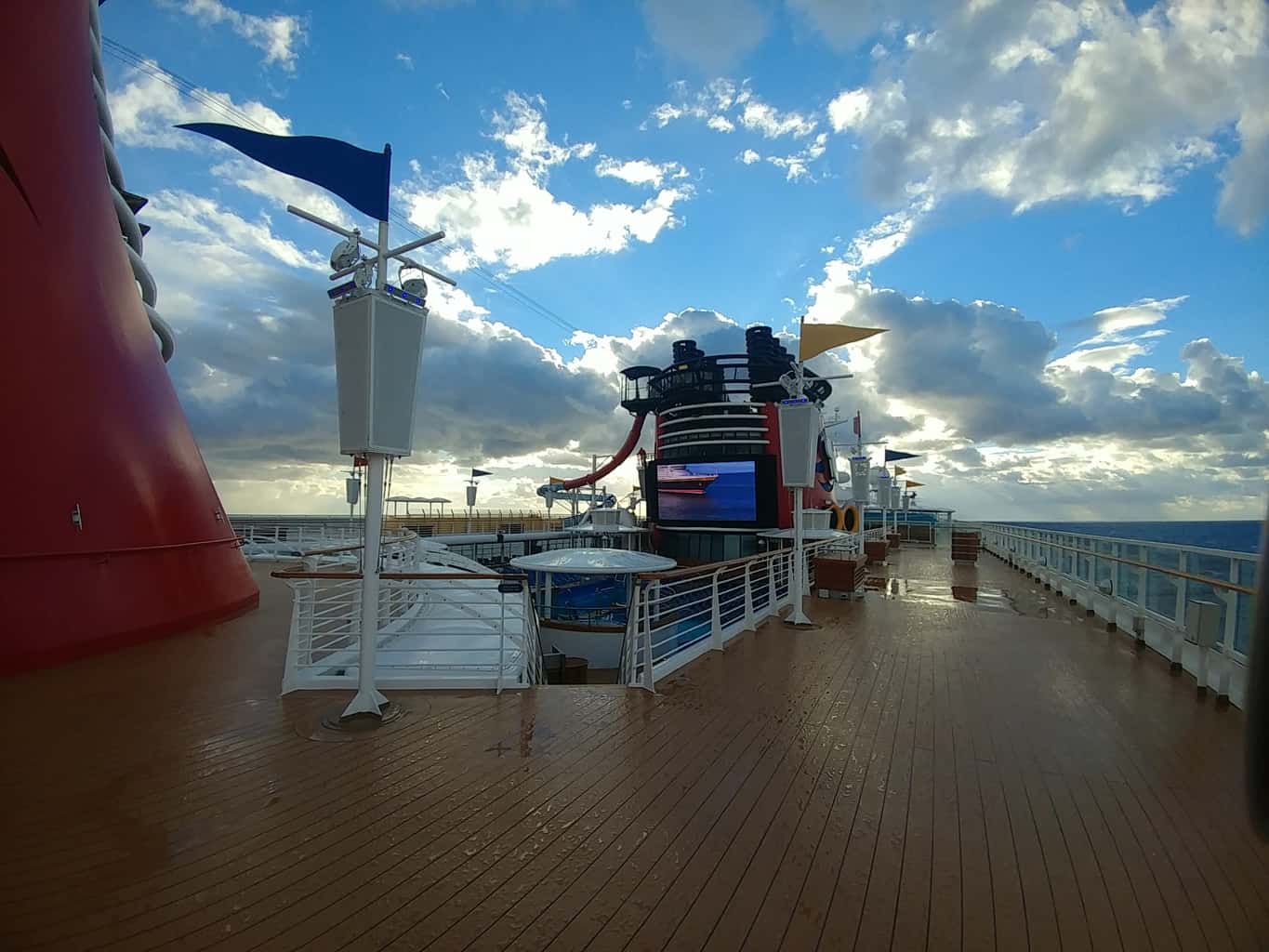 Then it was our favorite time…BINGO!! Finley was bored and asked to spend time in the Oceaneer’s Club! 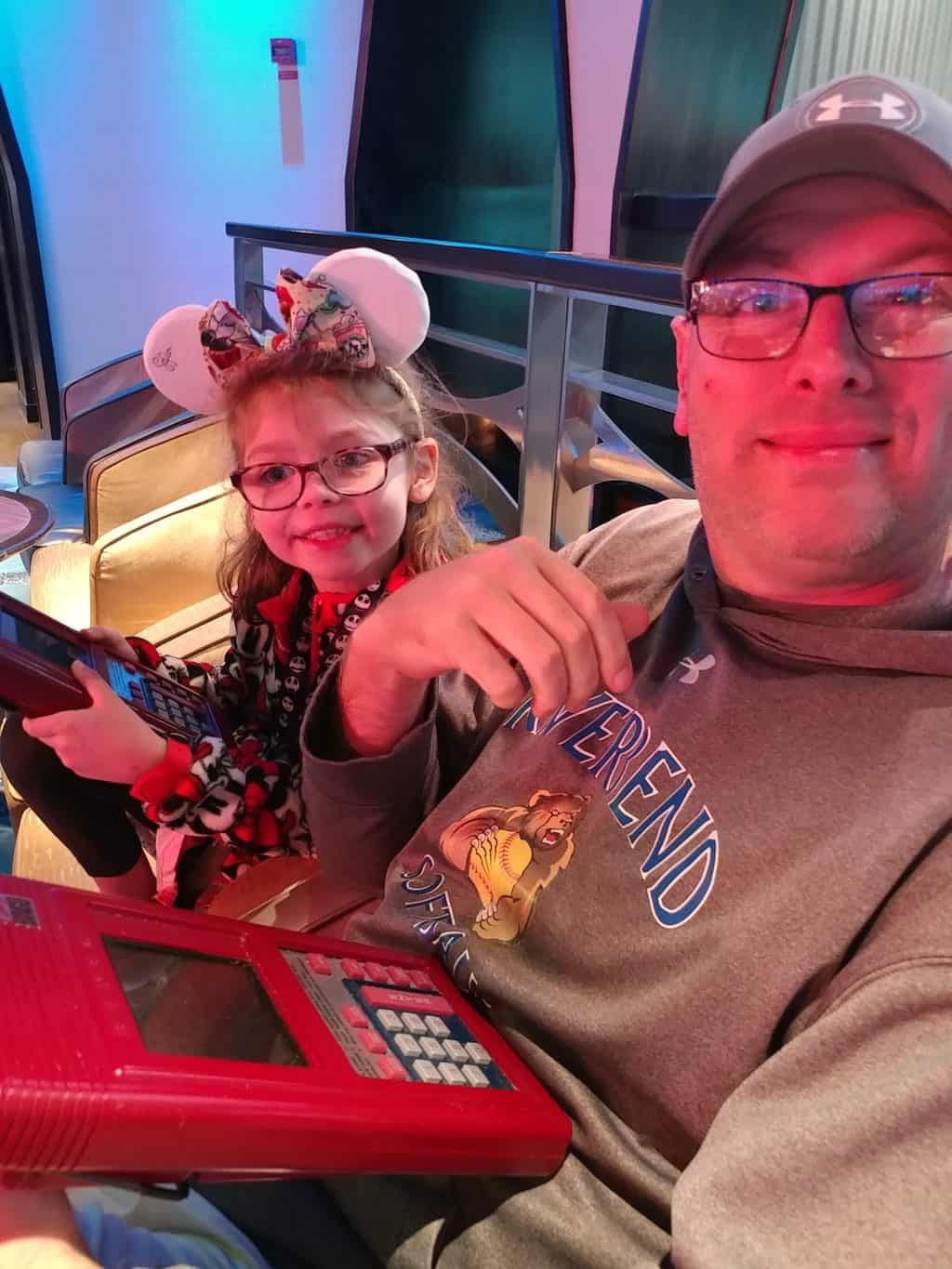 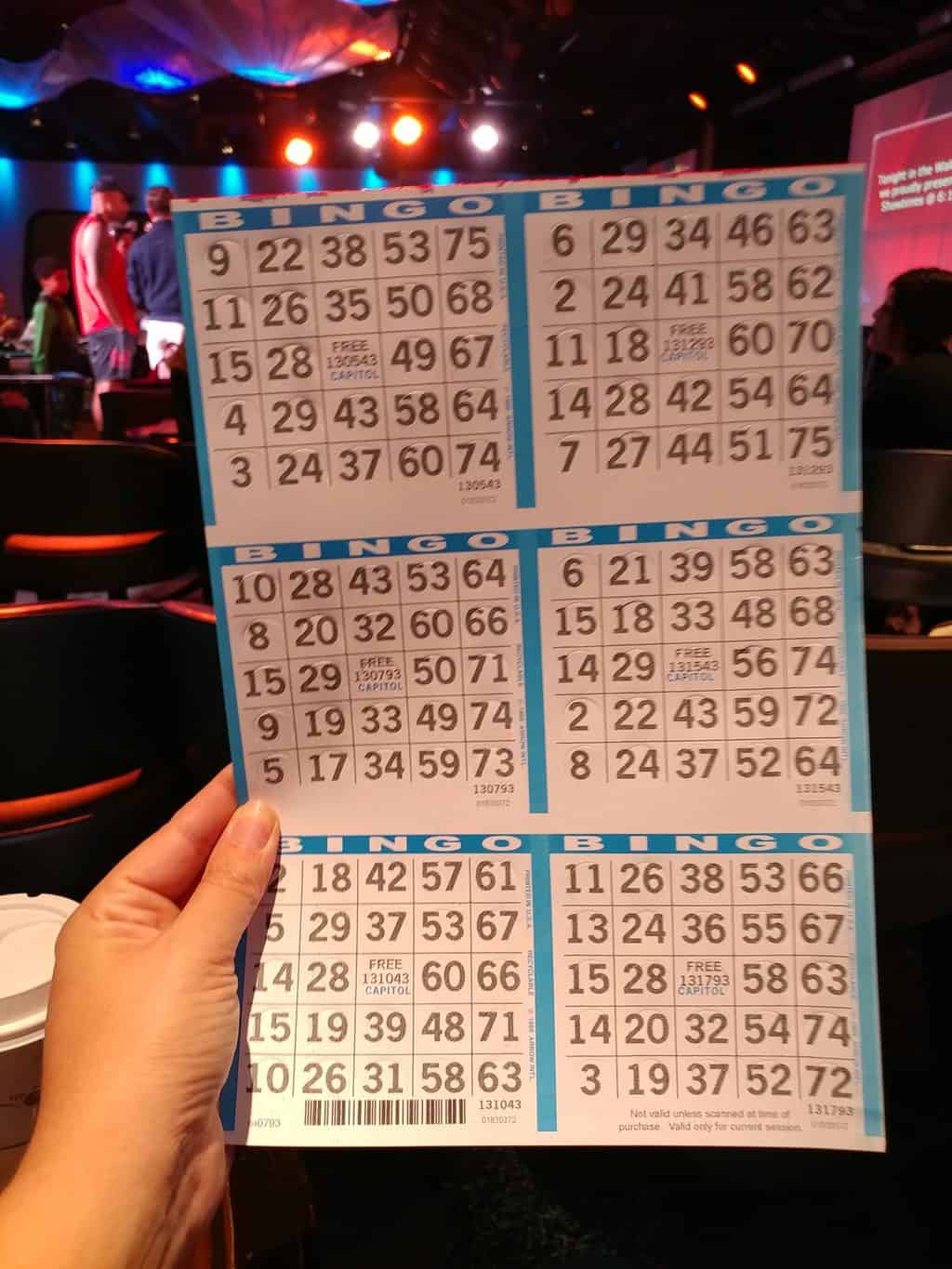 After Bingo we had lunch and then headed back to the Stateroom to rest and get ready for the Halloween Party! There was TWO parties; one at 2:30 p.m. and one at 4:30 p.m. but since we knew we wanted to meet Jack and Sally around 3:15 we went to the first party. I wish I had photos but they are all blurry!  The party was SO much fun! The kids got to dance and party with Mickey, Donald, Goofy and Chip and Dale.  It’s such a fun environment and super intimate! 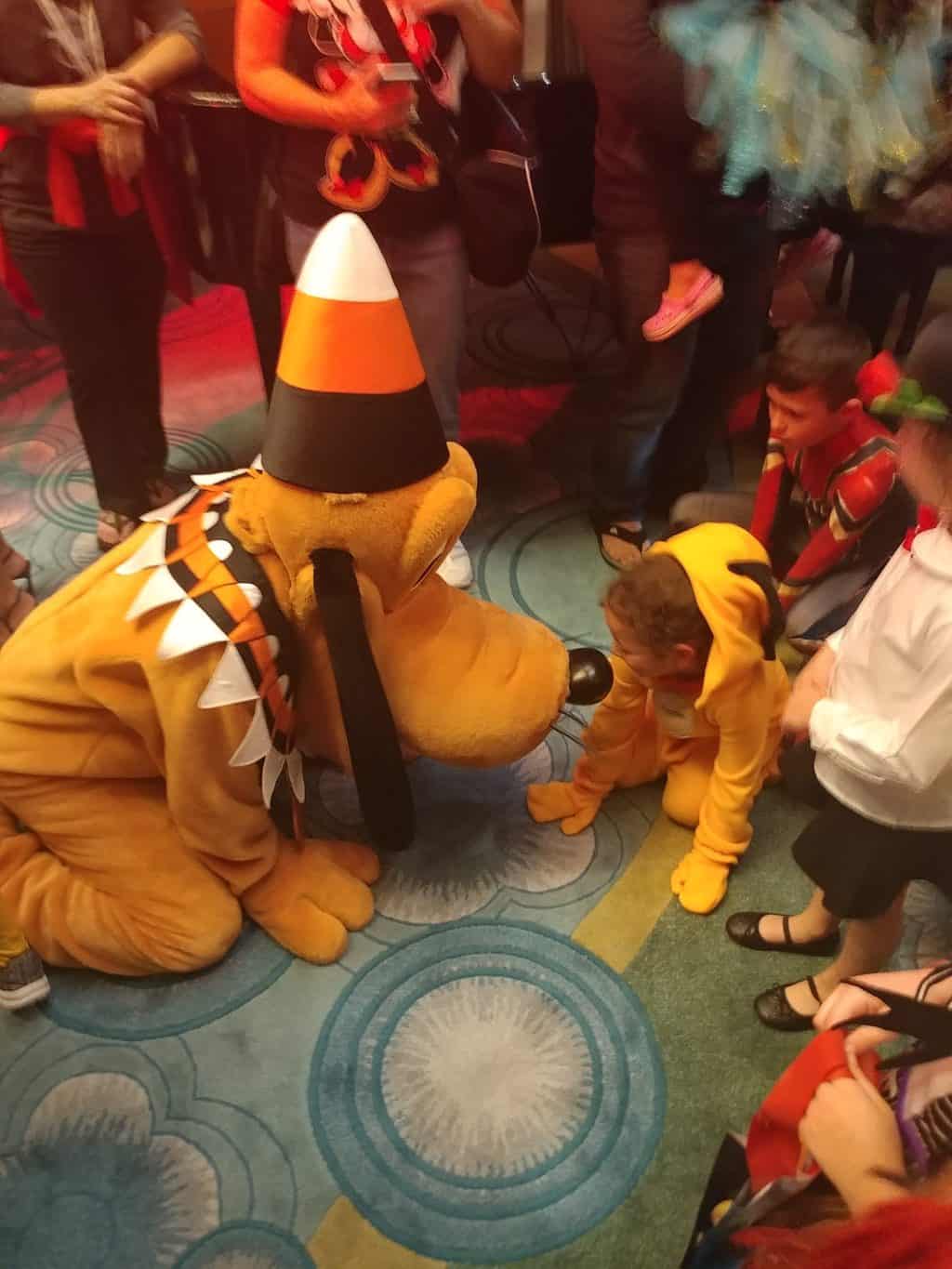 The costumes were amazing and we just had a great time. The kids trick-or-treated a little on our way to meet Jack and Sally. They appear outside the Theatre after the showing of Nightmare Before Christmas. 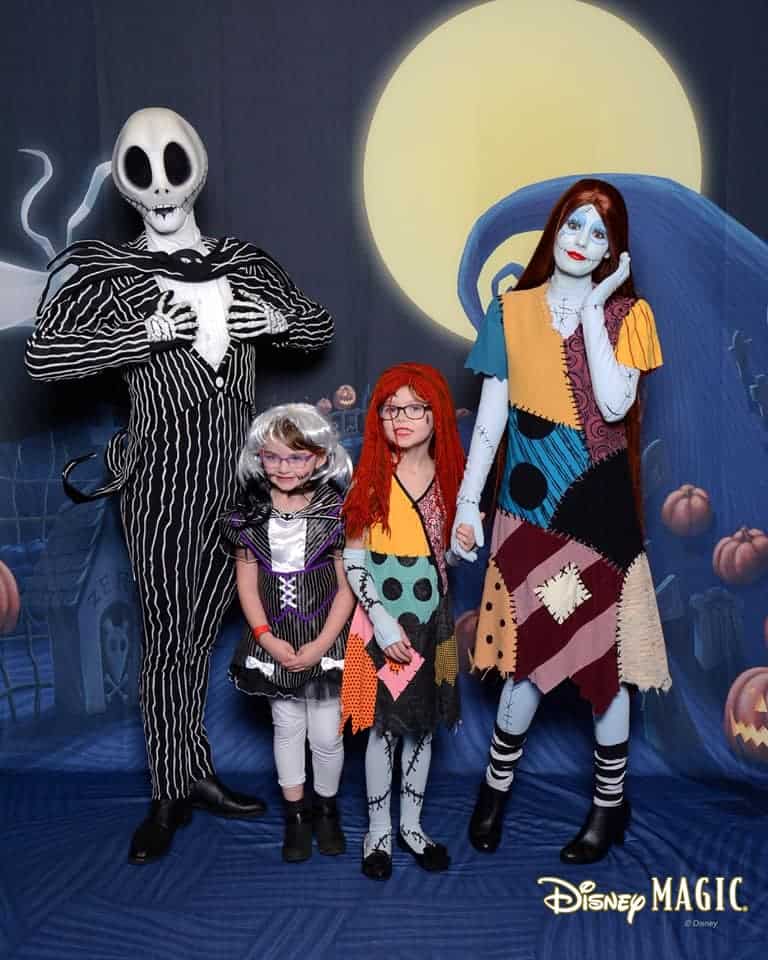 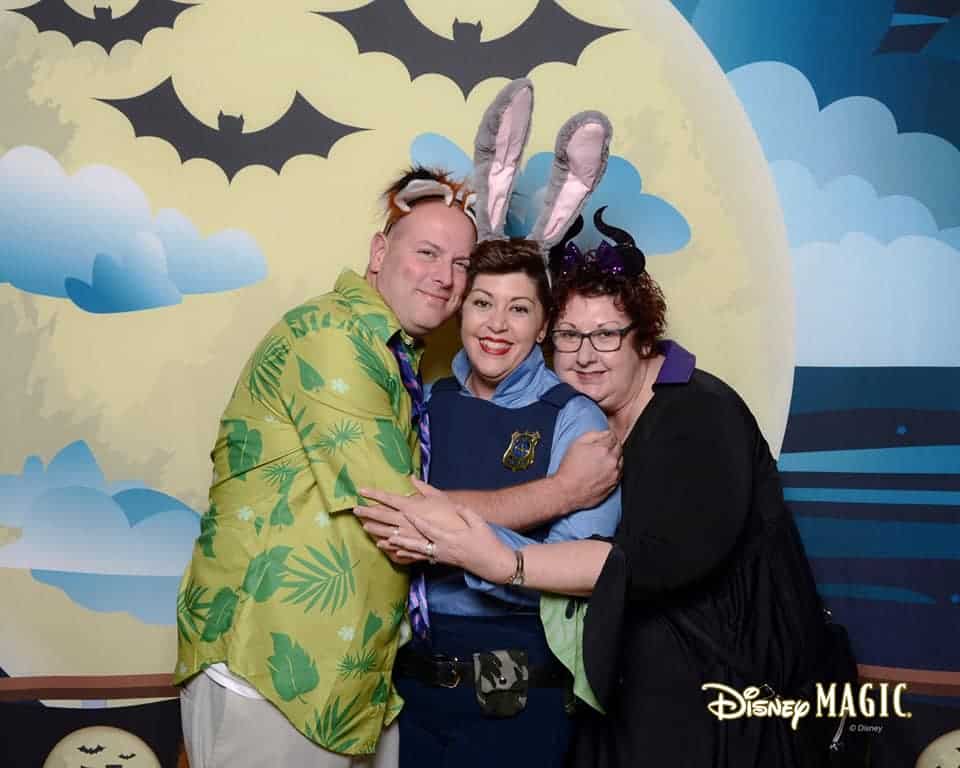 The weather had finally warmed up and the kids begged for pool and slide time! Have you ever seen a kid happier to have pool time and ice cream? 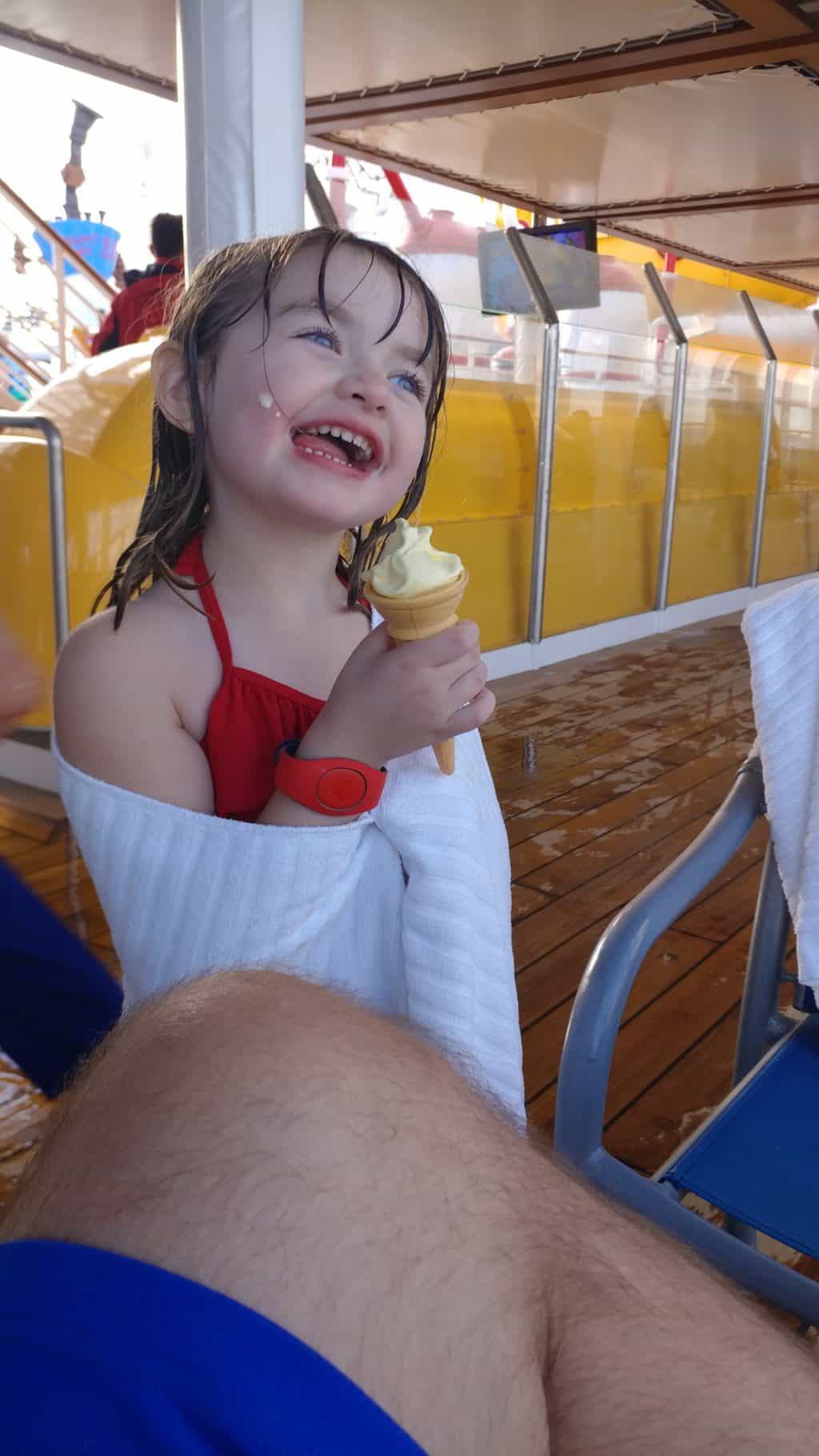 We ended up changing our clothes for the evening show (Tangled) but once my husband realized everyone was still in their costumes, we changed back for dinner!!  Tangled was AMAZING and one of my favorite shows on all the ships (no pictures allowed). The kids spend some time in the kids clubs between the show and dinner for some Halloween fun!

I didn’t take photos of dinner AGAIN but did of dessert!

The kids once again decided to head early to the kids clubs because they were having a pajama party with Pluto! I took them back to the room to change out of costumes and into pj’s. Then I went back to the restaurant for dessert and…. 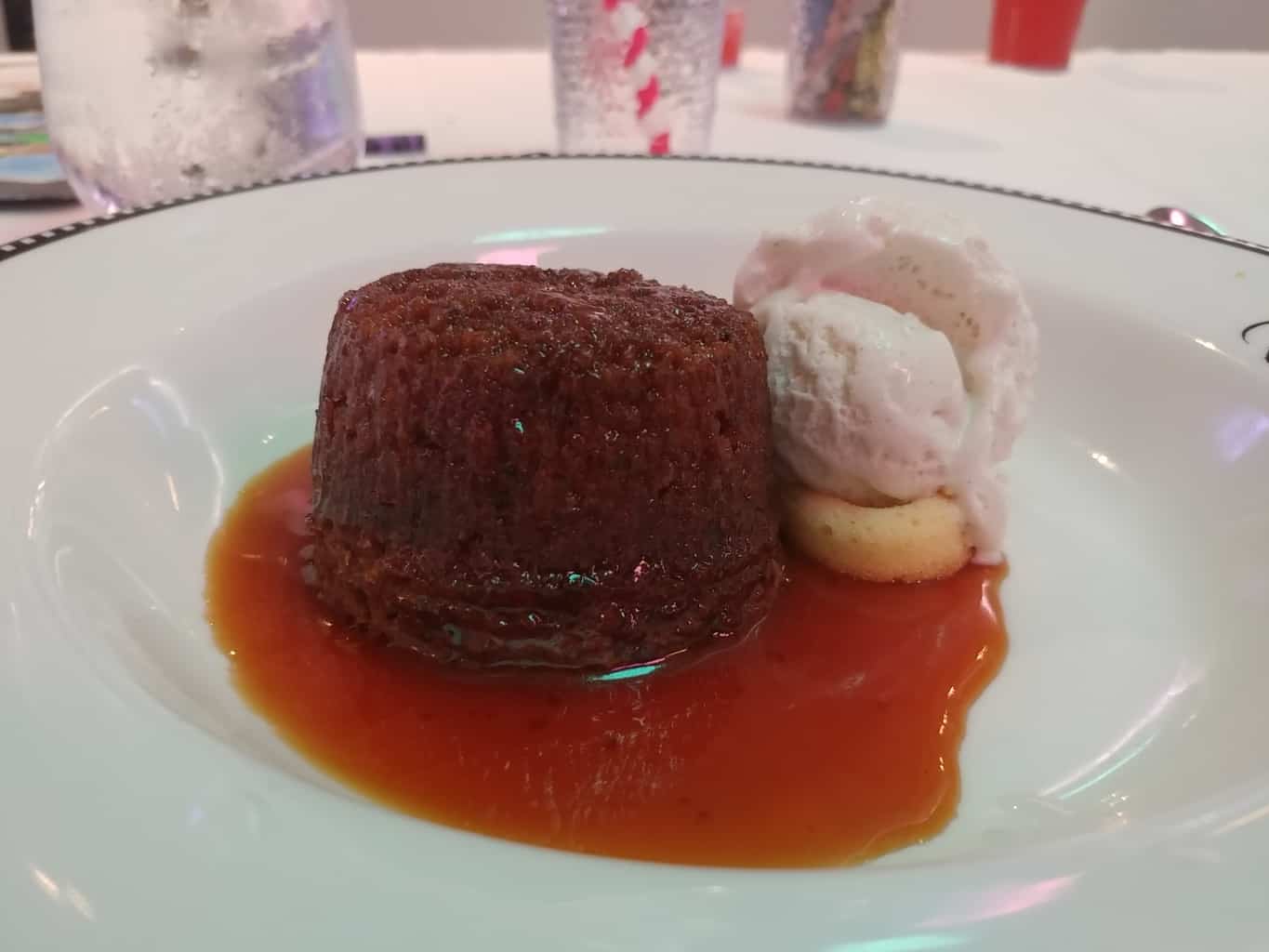 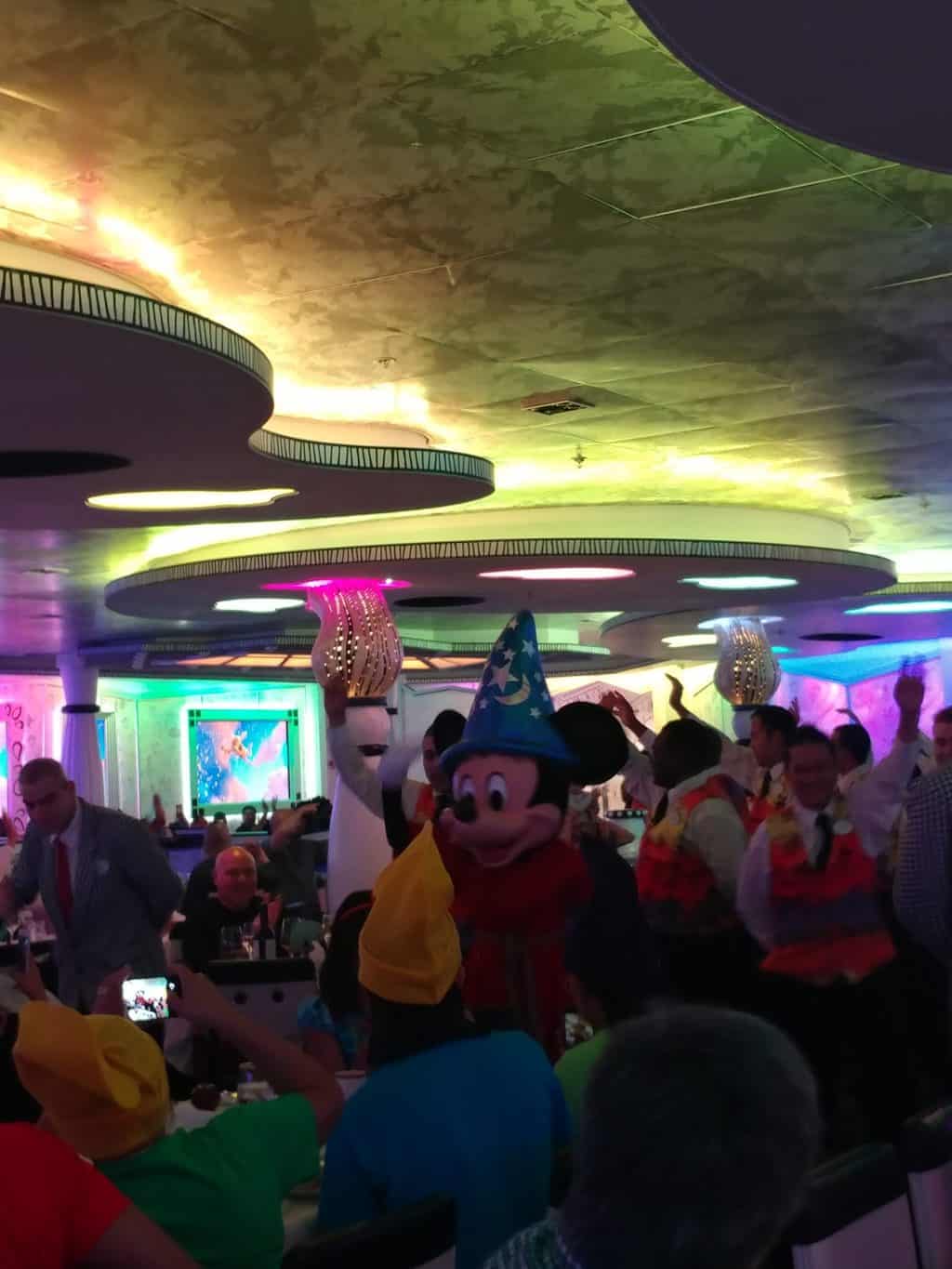 Nana head back to the room for early bed while we wandered the ship a bit and had one more Halloween photo taken before picking up the kids! 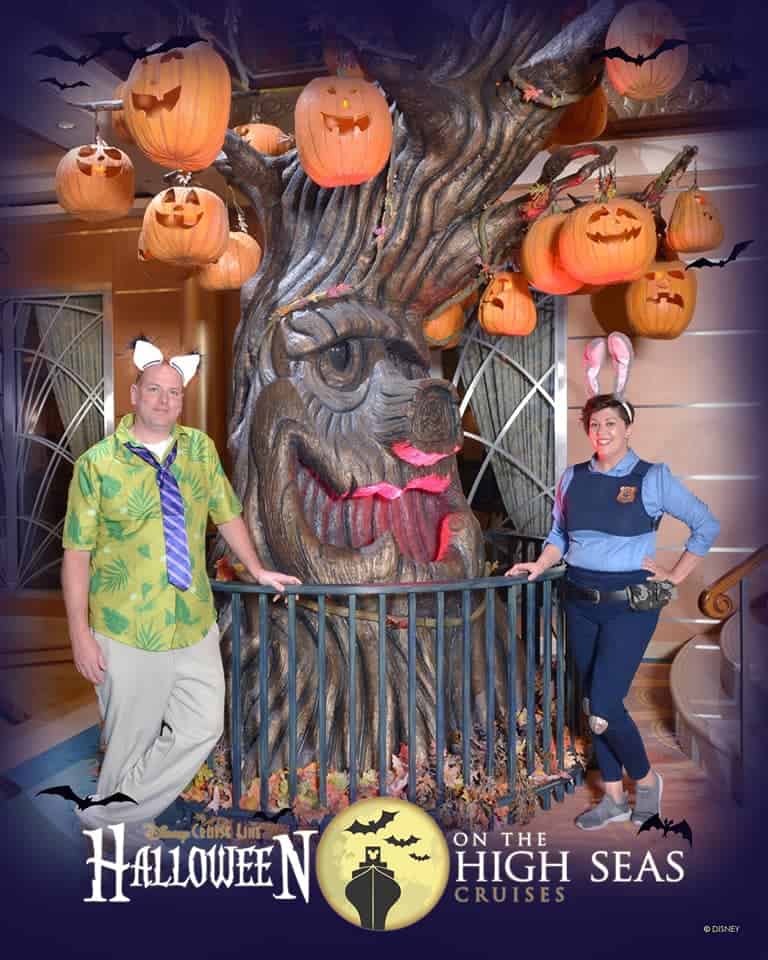 Day  2 was great…but we were ready for Bermuda!!!